Despite many family histories and online sources claiming to know, the birth date of William #2 is unknown.  No documentation has ever been found (that we know of) proving when he was born.  His tombstone only gives the death date:  May 3, 1825.   However, his birth date can be estimated by looking at the date of his first land record combined with the birth of his first child.  By law, men had to be at least 21 years old to own land.   Most men were 20 years old or older when they married and began having children.   William #2's son, William #3, was born August 8, 1765 (per his tombstone).  William #2's son, John, was born 1764 per his Revolutionary War Pension Record.  As you will see below, William #2 worked as a Chain Carrier for the surveyor in 1756 but the first record that he OWNED land is dated 1762.

This allows us to estimate William #2 was born around 1742. 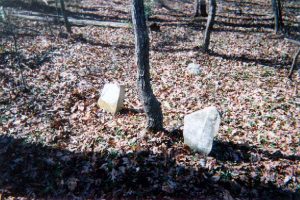 William and Elizabeth Diffee Allred's gravesite was found March 4, 2002.  They are buried in the Trogdon Family Burying Ground (aka Billy Trogdon Cemetery and Allred-Trogdon Cemetery) located near Cedar Falls, Randolph County, NC.  This cemetery originally was located on William Trogdon's land and burials date back to the mid 1700's.  Sadly, this cemetery was abandoned around 1925 - 1930 and was in horrible shape when we found it in 2000.  Very few tombstones were visible and most of them are barely legible.  William and Elizabeth's stones are excellent examples.  The East Coast Allred Family Association  now owns this cemetery and is working to keep this cemetery in original condition and identify possible graves. 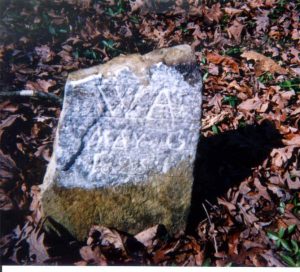 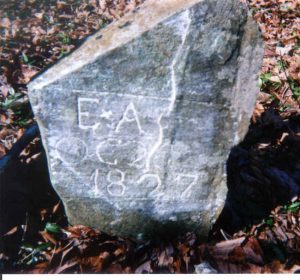 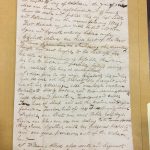 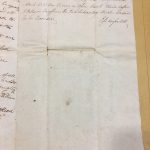 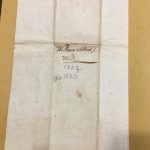 Original Will on file in the NC Archives
C.R. 081.801.1
transcribed as written

In the name of God Amen. I William Allred of the county of Randolph and State of North Carolina being of sound mind and memory do this the 14th day of October in the year of our Lord one thousand eight hundred and twenty two do make and publish this my last will and testament in the manner following (viz).

First that all my just debts be paid and then I give and bequeath unto my beloved wife Elizabeth Allred one third part of the tract of land I now live on including the dwelling house and out houses to be laid off for her use as convenient as possible the same for her to hold and peasibly possess during her natural life time or widowhood.

I also give to my wife Elizabeth her and her heirs for ever all the property she brought with her at her marriage also one horse creature valued at siscty dollars and two womans saddles. Two beds and furniture two cows and calves ten head of sheep and all the kichen and dresser furniture twelve head of hogs two spinning wheel dressers one chest one ovel table half dozin chairs one plow one use one washing tub two smoothy irons together with her person property and one years provisions out of the crops on hand.

I William Allred also will and bequeath unto my two sons John and William Allred the two thirds or ballance the tract of land. I give to my wife to be divided in such in a manner that John is to have thirty acres more than William and each ones part to be equally encumbered with the widows dowre and at her marriage or death the whole to fall to John and William only that John gets thirty acres the most.

I also give unto my daughter Elizabeth one feather bed and furniture.

I also give to my daughter Nancey one bed and furniture

The ballance of my stock and ballance of all my property that is moveable property to be sold and equally divided among my sons and daughters.

I nomanate and appoint John and William Allred my Executors.

The Executor of this will of William Allred, Dec., was proven in open court Elisha Coffin and William Swafford the two subscribing therefore and ordained.

To be recorded
Jesse Harper CC