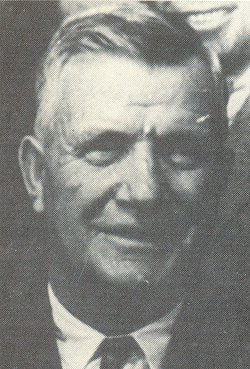 When about two years old he removed with his parents from Spring City to Chester, Utah, where his home has been ever since.

He was ordained a Priest February 3, 1895, by Bishop Christian Christensen and set apart as assistant superintendent of the Chester Ward Sunday school. Later he became superintendent of said school and still later he acted as president of the Ward Y.M.M.I.A. He was also secretary in an Elder’s quorum and acted as a Ward teacher. In May, 1900, he was ordained an Elder and on June 5, 1900, he married Roselinda Abigail Christensen (daughter of Bishop Christian Christensen and Philanda Clark) whs has borne him seven children. 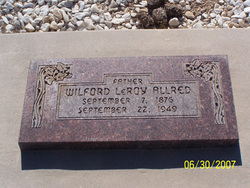 Brother Allred was ordained a High Priest and Bishop September 17, 1906, by Apostle Reed Smoot and set apart to preside over the Chester Ward. At the time of his ordination to this latter office he was filling the positions of Sunday School superintendent, president of the Ward Y.M.M.I.A., secretary of an Elder’s quorum and Ward teacher. Brother Allred is a farmer and merchant by occupation and has since his early youth taken a most active part in public affairs; his success in the building up of Chester, in connection with his brethren, has given him great satisfaction.