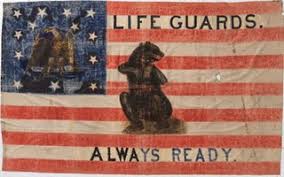 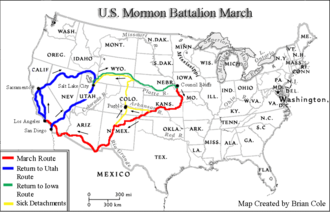 ....expressed indignant feelings against the mob and sympathy for myself. Brother Alexander Williams called upon me, who suspected that they had some designs in keeping me there, and stated that he had, at a given point in some woods, fifty men, and that if I would say the word he would raise other fifty, and fetch me out of there. I thanked him, but told him I thought there was no need. However, it would seem that I was in some danger; for Colonel Jones, before referred to, when absent from me, left two loaded pistols on the table in case of an attack, and some time afterwards, when I had recovered and was publishing the affair, a lawyer, Mr. Backman, stated that he had prevented a man by the name of Jackson, before referred to, from ascending the stairs, who was coming with a design to murder me, and that now he was sorry he had not let him do the deed.

There were others also, of whom I heard, that said I ought to be killed, and they would do it, but that it was too damned cowardly to shoot a wounded man; and thus, by the chivalry of murderers, I was prevented from being a second time mutilated or killed. Many of the mob, came around and treated me with apparent respect, and the officers and people generally looked upon me as a hostage, and feared that my removal would be the signal for the rising of the “Mormons.”

I do not remember the time that I staid at Carthage, but I think three or four days after the murder, when Brother Marks with a carriage, Brother James Allred with a wagon, Dr. Ells, and a number of others on horseback, came for the purpose of taking me to Nauvoo. I was very weak at the time, occasioned by the loss of blood and the great discharge of my wounds, so when my wife asked me if I could talk I could barely whisper no. Quite a discussion arose as to the propriety of my removal, the physicians and people of Carthage protesting that it would be my death, while my friends were anxious for my removal if possible.

I suppose the former were actuated by the above-named desire to keep me. Colonel Jones was, I believe, sincere; he had acted as a friend all the time, and he told Mrs. Taylor she ought to persuade me not to go, for he did not believe I had strength enough to reach Nauvoo. It was finally agreed, however, that I should go; but as it was thought that I could not stand riding in a wagon or carriage, they prepared a litter for me; I was carried down stairs and put upon it. A number of men assisted to carry me, some of whom had been engaged in the mob. As soon as I got down stairs, I felt much better and strengthened, so that I could talk; I suppose the effect of the fresh air.

When we had got near the outside of the town I remembered some woods that we had to go through, and telling a person near to call for Dr. Ells, who was riding a very good horse, I said, “Doctor, I perceive that the people are getting fatigued with carrying me; a number of “Mormons” live about two or three miles from here, near our route; will you ride to their settlement as quick as possible, and have them come and met us?” He started off on a gallop immediately. My object in this was to obtain protection in case of an attack, rather than to obtain help to carry me.

Very soon after the men from Carthage made one excuse after another, until they had all left, and I felt glad to get rid of them. I found that the tramping of those carrying me produced violent pain, and a sleigh was produced and attached to the hind end of Brother James Allred’s wagon, a bed placed upon it, and I propped up on the bed. Mrs. Taylor rode with me, applying ice and ice-water to my wounds. As the sleigh was dragged over the grass on the prairie, which was quite tall, it moved very easily and gave me very little pain.

When I got within five or six miles of Nauvoo the brethren commenced to meet me from the city, and they increased in number as we drew nearer, until there was a very large company of people of all ages and both sexes, principally, however, men.

For some time there had been almost incessant rain, so that in many low places on the prairie it was from one to three feet deep in water, and at such places the brethren whom we met took hold of the sleigh, lifted it, and carried it over the water; and when we arrived in the neighborhood of the city, where the roads were excessively muddy and bad, the brethren tore down the fences, and we passed through the fields.

Never shall I forget the difference of feeling that I experienced between the place that I had left and the one that I had now arrived at. I had left a lot of reckless, bloodthirsty murderers, and had come to the City of the Saints, the people of the living God; friends of truth and righteousness, thousands of whom stood there with warm, true hearts to offer their friendship and services and to welcome my return. It is true it was a painful scene, and brought sorrowful remembrance to mind, but to me it caused a thrill of joy to find myself once more in the bosom of my friends, and to meet with the cordial welcome of true, honest hearts. What was very remarkable, I found myself very much better after my arrival at Nauvoo than I was when I started on my journey, although I had traveled eighteen miles.

The next day, as some change was wanting, I told Mrs. Taylor that if she could send to Dr. Richards, he had my purse and watch, and they would find money in my purse.

Previous to the doctor leaving Carthage, I told him that he had better take my purse and watch, for I was afraid the people would steal them. The doctor had taken my pantaloons’ pocket, and put the watch in it with the purse, cut off the pocket, and tied a string around the top; it was in this position when brought home. My family, however, were not a little startled to find that my watch had been struck with a ball. I sent for my vest, and, upon examination, it was found that there was a cut as if with a knife, in the vest pocket which had contained my watch. In the pocket the fragments of the glass were found literally ground to powder. It then occurred to me that a ball had struck me at the time I felt myself falling out of the window, and that it was this force that threw me inside. I had often remarked to Mrs. Taylor the singular fact of finding myself inside the room, when I felt a moment before after being shot, that I was falling out, and I never could account for it until then; but here the thing was fully elucidated, and was rendered plain to my mind. I was indeed falling out, when some villain aimed at my heart. The ball struck my watch, and forced me back; if I had fallen out I should assuredly have been killed, if not by the fall, by those around, and this ball, intended to dispatch me, was turned by an overruling Providence into a messenger of mercy, and saved my life. I shall never forget the feelings of gratitude that I then experienced towards my Heavenly Father; the whole scene was vividly portrayed before me, and my heart melted before the Lord. I felt that the Lord had preserved me by a special act of mercy; that my time had not yet come, and that I had still a work to perform upon the earth.