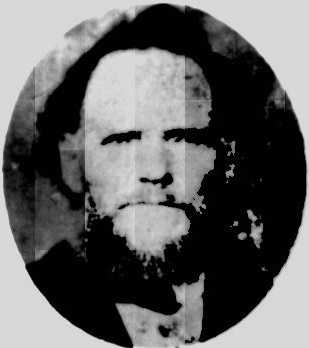 James Abbot Lemmon was born in Gallatin, Tennessee, March 12, 1815. He was the son of John Lemmon, of which George A. Smith said, "John Lemmon was driven from his home for the gospel six different times. The last time he caught a severe cold which caused his death. " He concludes emphatically, "He died a martyr to the cause! " After the death of the father, the Lemmon family moved to Missouri and to Illinois where they suffered persecution and mob violence during the early days of the Church. Mother Lemmon stayed with the children and brought them to Utah during the great migration west. 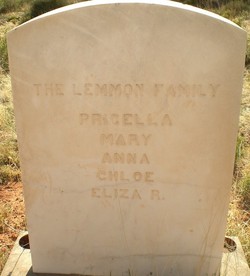 While living with his parents in Tennessee James Abbott Lemmon became interested in Mariah Louisa Patton from a family very prominent in the Mormon church. David W. Patton, and uncle, was an apostle at the time. (He was killed at the battle of Crocked River) James, while engaged to Lousia, was investigating the Church. He refused to be baptized until after their marriage, saying, "I shall not cause it to be said that I joined the Church to be able to marry Louisa."

During the time of their engagement, James, while chopping timber, accidentally cut his knee, but after a brief confinement was soon able to be about his work. One day after this he asked Louisa to go for a horseback ride with him, which she willingly did. During the time of their ride together the wound, being weak burst open allowing all the joint fluid to escape, leaving his leg rigid for the rest of his life. He felt he would be disabled so offered to release Louisa from their engagement. She responded to his offer by saying, "As long as the heart is left, that is all I ask " Soon after they were married and James was baptized into the Church. They lived in Gallatin for a while, but after having a few children moved to Nauvoo Illinois in 1843.

The family suffered many hardships for their religions sake but endured as did so many others. Records indicate James was a member of the 47th quorum of Elders in Nauvoo endowed in the Nauvoo temple, January 2, 1846 and was later ordained a seventy May 17, 1857, and became one of the presidents of the forty?seventh Quorum of Seventies. One of his assignments as a member of the Elders quorum in Nauvoo was to take his regular turn as a body guard to the Prophet Joseph Smith with whom he had frequent association. He spoke in later years of viewing the martyred bodies of the Prophet and his brother Hyrum. He often bore testimony of the divine mission of Joseph Smith.

The family traveled west with the saints about 1850 and settled in Provo initially. They later moved to Fort Ephraim and then went south to help settle "Dixie". They developed a plot of land and called it Northup Ranch in Kane County, situated seven miles southwest of what was one day to be called Zion's National Park. They lived here for a few years when Louisa died leaving James with four children and an adopted Indian boy.

The Lemmon family were well acquainted with the Ole Nielsen family that had migrated from Denmark, and father James became engaged to their daughter, Olavia. They were married March 26, 1866. The marriage produced seven daughters.