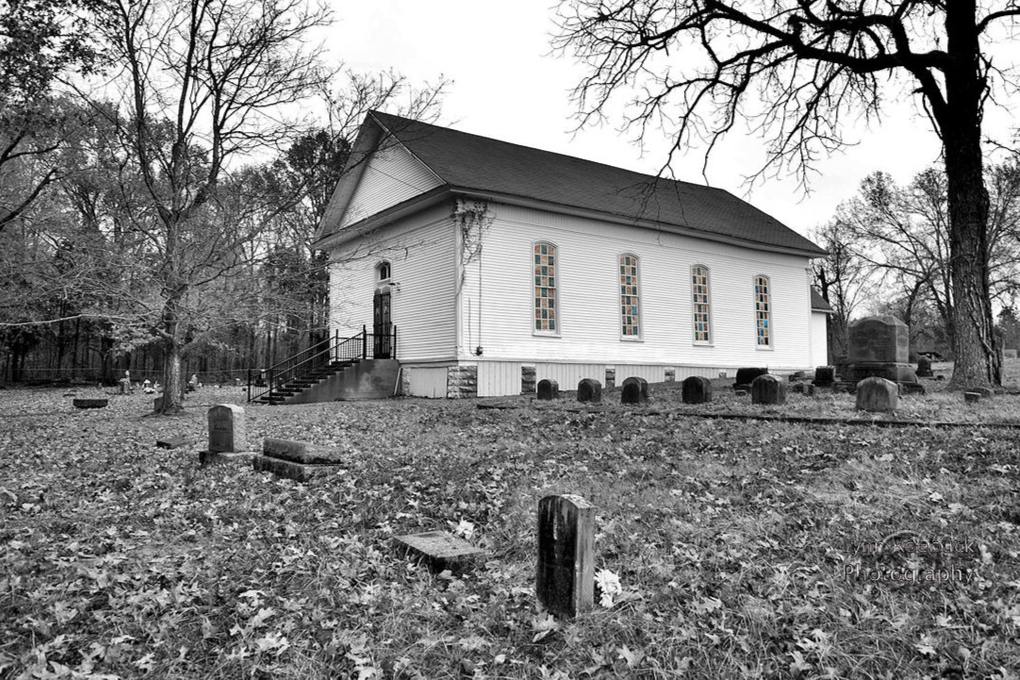 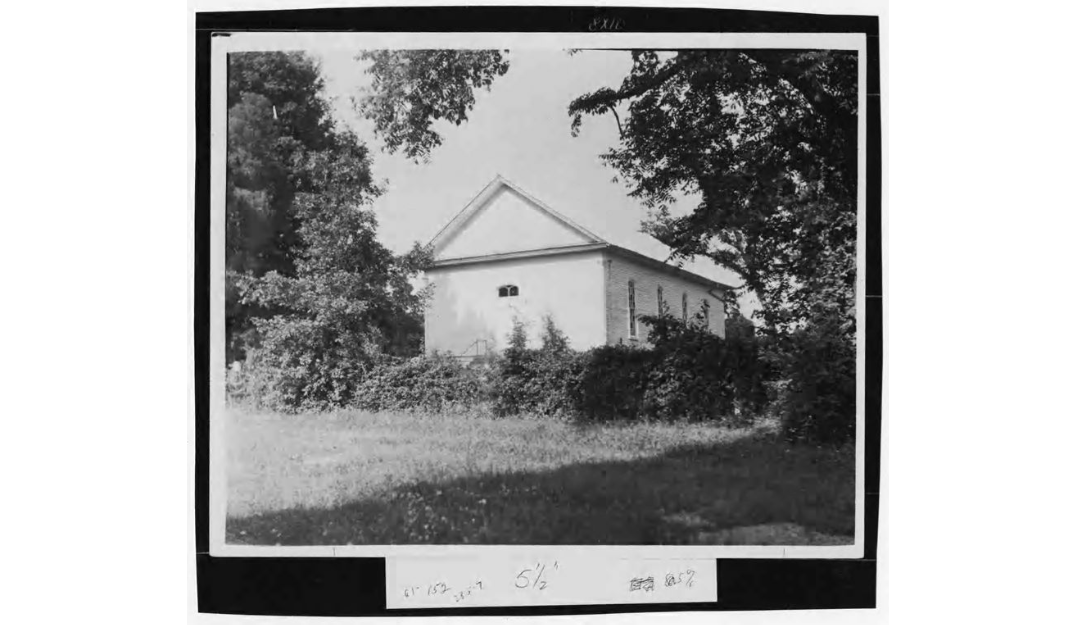 An Early House of Worship and Schooling for an Allred Family in Bedford County, Tennessee
by Alice Allred Pottmyer
descendant of William and Elizabeth Thrasher through two of their children, Sarah Allred Ivie and James Allred

In 1805, members of the family of William and Elizabeth Thrasher Allred began to move to land in Bedford County, Tennessee. The land is approximately 50 miles south of Nashville. The land, just south of the Duck River along Rock Creek, was recently opened for settlement just prior to their arrival.

Eighteen Allreds moved to Bedford County and began buying land for their growing families.  They moved from Franklin County in Northeast Georgia. This is the list of the adults and their young children who moved from Georgia to Tennessee.

On June 1, 1810, the Rev. Samuel Finley of Kentucky organized the Bethbirei Presbyterian Church just east of the land owned by the Allred, Ivie, Sanders families and their neighbors. None of these Allred names appear on the list of charter members, but names of many of their neighbors are on the list.  The church also housed the Bible Society on Rock Creek. This was a non-denominational group that distributed Bibles “by gift.” The Bibles were obtained from the Society headquartered in Philadelphia. The Bibles came from Philadelphia via boat to Nashville and then by wagon to the small town of Farmington. For many years, Bibles were distributed in that area of Tennessee. Many of the families wrote births, marriages, deaths and other family information in their Bibles. None of
the Allred family Bibles from Tennessee are known to have survived.

3. Wm. Allred was a member of the Easy Spelling Class. William Moore Allred was the son of Isaac and Mary Calvert Allred.

The church held yearly camp meetings and there are references to these meetings by William Moore Allred in his autobiography: “I was born on the 24th of December 1819 in Bedford County, fifty miles south of the City of Nashville, [Tennessee]. My parents were very religious. I believe they belonged to the Presbyterian Church.  I never had much chance for an education, and it was very old fashioned (education) at that. I remember of going to Sabbath school a few times where I was born and went a few times to the
camp meetings, but yet I was too young to understand much about doctrine.”

The small log church was both a house of worship and a school for children. Other events were held there such as a harmonic society.
In 1829, the family of Anderson and Sarah Ivie moved from Bedford County to eastern Missouri along the Salt River. The Ivie heads of
households appear on the 1830 Federal Census in Ralls County, Missouri.  The Allred heads of households appear on the 1830 Federal Census in Bedford County, Tennessee. Apparently soon after this census was taken, most of the Allreds moved to Missouri and
joined the Ivie families along the Salt River. Soon after their arrival, the area where these families lived became Monroe County.

Tennessee was very important to this branch of the Allred family. Eighteen members of the family moved there about 1805 and by 1830 the family of William and Elizabeth Thrasher Allred had grown to 89 people. William Allred died there between 1825 and 1830. Many genealogy records have his death date as 1808. However, his father, Thomas Allred, died in 1809 and left him 12 shillings. Also, he is recorded on the 1812 tax records in Bedford County as well as other later records.

Elizabeth Thrasher Allred moved to Missouri. She died there in 1841. She was living with Sarah Allred and Anderson Ivie at the time of her death.

In 1836, several years after these Allred families left Tennessee for new lands in Missouri, the area where they lived in Bedford County
became Marshall County, Tennessee. Below, beginning in the left column, is the listing of the family of William and Elizabeth
Thrasher Allred and their growth over a 43 year period from North Carolina to the time the growing family left Tennessee.

The family of William and Elizabeth Thrasher Allred lived in Pendleton County, South Carolina, for approximately three years. William Alred (Allred) was on the 1790 Federal Census for the Pendleton District of South Carolina. This was the first Federal Census.
On this census, only the name of the head of the household is listed. However, this indicates that the young Elizabeth was not alive at the time the census was taken. Also, there is debate as to whether the son, William, was born in South Carolina or Georgia. The census indicates, William was born in South Carolina.

The family in 1790:
Parents: William and Elizabeth Thrasher Allred and children:
Sarah, Mary and James born in North Carolina.

In the early 1790s, William and Elizabeth Thrasher Allred, moved from South Carolina into the old Franklin County, in Northeast
Georgia. With them were their children:
Sarah
Mary
James
Isaac
William

About 1802, Mary/Polly Allred married David Sanders.  Their first two children were born in Georgia:
Moses Martin Sanders15 was born in 1803
William Hamilton Sanders16 was born in 1805.

18 people left Georgia for Tennessee
Who Was Married in Tennessee?

12 couples were married in Tennessee and 11 new in-laws were added to the growing
Allred family.  Note: First cousins, William Hackley Allred and Elizabeth Ivie were counted earlier as children.

Note: The family of William and and Sarah Warren Allred remained in Tennessee until 1836. They then moved to Missouri to join with other Allred family members.

Children of Martha Allred and William A. Ivie
No information available

How Many Left Tennessee for Missouri in 1829/30?
+18 moved to Tennessee from Georgia
+11 in-laws joined the family in Tennessee
+ 2 children (Martin Carrol and Hannah Caroline) of James and Elizabeth Allred were born in Kentucky, but the family soon joined
the other Allreds in Tennessee.

89 family members moved to Missouri.  On January 14, 2006, the Allred Family Roster listed 47,589 descendants of William and Elizabeth Thrasher Allred. The Roster is the source for all the information in this report. Unfortunately the Allred Family Roster no longer exists.  It was taken off line shortly after this report was written.  The owner has refused all contact efforts.