If you live near a library, FHC, all/any US State(s) or England or Division of the National (US) or UK Archives, we could use your help.  As you can see from the Time Line, we have gathered some information but there could be more!  We would also love copies of the original documents.   If interested in volunteering your time, please contact us and we will be glad to guide you on where to look and what to collect.  Thanks!!

Beginning in the 1780s, Allreds began leaving their homes in North Carolina and moving for new lands and opportunity. The bordering state of South Carolina was the first state that one of the Allred families moved to. After roads were cut through the Allegheny Mountains, people from central North Carolina ventured to Georgia, Tennessee, Missouri, Alabama, Mississippi, Arkansas, Texas and Utah. Today there are Allred descendants in all states and many countries.

William Alred was on the 1790 Federal Census in Pendleton County in western South Carolina. He and his family, Elizabeth Thrasher Allred, and children, Sarah, Mary, James and Elizabeth moved there about 1787 from Randolph County, North Carolina. While they were there, Isaac and William were born. The daughter, Elizabeth, died prior to the census because she is not in the female count and there are no further records for her. Below is the actual handwritten listing for William Alred. The columns denote:

Thus, this census listing shows us William and Elizabeth with three sons (James, Isaac and William) and two daughters (Sarah and Mary).

Per the 1800 Federal Census, only one Allred was living in South Carolina. Her name was Rebekha Aldred and she was living in the Pendleton District. The columns denote:

1810:
Jonathan Allred and Phineas Allred are living in Barnwell County, South Carolina per the 1810 Federal Census.

Levi Allred  and Elias Allred are living in Pendleton County, South Carolina per the 1810 Federal Census.

Elias Allred and Levi Allred were living in Pendleton District.

Oct. Term 1837: Levi Alred signed a Presentment (petition) concerning the division of Pendleton District into two Election Districts, the inequities in the road laws, the license law for spirituous liquor, and the executors and administrators of estates not required to give security for the management of the estates intrusted to them. (SC Archives, #S165010, Year 1837, Item 00035)

1850:
The 1850 Federal Census is the first US Census to give us some real details about the people listed. Whereas the earlier census only gave us the names of the Head of Household, in 1850 we learn the names of all members of the household along with their ages, occupation, value of real estate, if they were married within the year, the state where they were born, and more.  Ira Allred is the only Allred listed on the 1850 census for South Carolina, living in Prince George Winyaw, Georgetown County, South Carolina. He was 63 years old, a school master and born in New Hampshire. 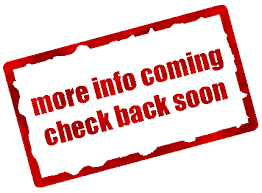